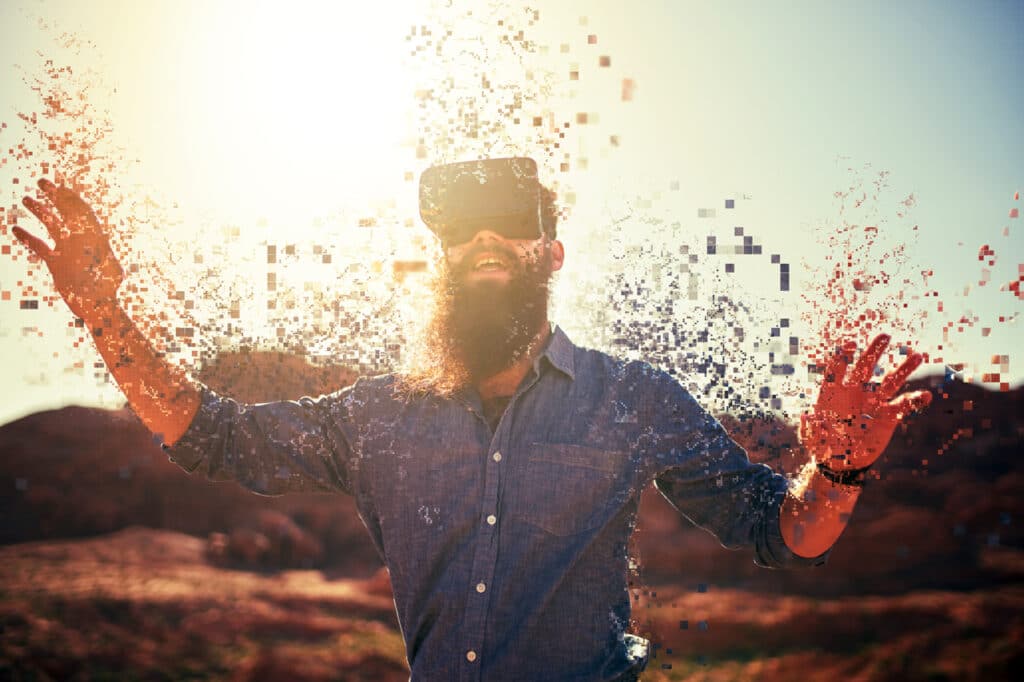 This article is originally published in Brand Quarterly.

An organization must ensure they are engaging with their target consumers through every possible means. Almost every category is, in some way or the other, trying to maximize the connection with their consumers and introduce new and innovative ways to do so. But in most cases, it backfires.

To me, AR / VR (augmented reality and virtual reality) are perfect tools for such activities as it keeps your audience engaged, keeps the message consistent and the recall value is always higher than the usual “activity” based communications.

At times, it becomes part of experiential marketing (depending on the brand), and the consumer gets the best of the messaging that the brand wants to convey. Also, it is an important element, which we need to integrate into our communication plans as “Digi-Capital” expects that virtual and augmented reality will become a $120 billion market by 2020. Such predictions are a clear sign of the level of expectations we have for this innovative tool.

ONCE UPON A TIME

Let’s take a recap of how its effectiveness has been highlighted as an integrated part of successful campaigns. The initial AR Campaign done by National Geographic 5 years ago was a mall-based activity, which projected images of animals, dinosaurs, astronauts, and even ambient environments amongst numerous curious shoppers. Their core idea was to engage shoppers via an AR experience.

To enable them with experience, participants stood at the center of an empty plane that featured the National Geographic logo. Large LEDs in the front wall showcased the images of velociraptors hopping, a leopard taking a stroll and pausing for a quick nap, a looming thunderstorm, a giant Tyrannosaurus Rex, and a solo astronaut on a space mission, among others, popped up for people to interact with.

https://youtu.be/D0ojxzS1fCwThis concept had such a strong impact that 2 years later, the BBC did a similar activity in malls to engage consumers – this video can be seen below. In this case, National Geographic is a winner, where it displayed the forgotten world around us in a very innovative way and ensured their equity became stronger through this engagement with minimum physical effort.https://youtu.be/fv71Pe9kTU0Samsung did an interesting campaign by opening a scuba diving shop in the middle of the desert in Australia, where they introduced their virtual reality gear to the consumer and showed them the power of imagination. It became a lifetime experience for most customers as their chance to access the sea were slim. But this campaign showed a new perspective to introduce a brand to its consumers.https://youtu.be/79Ua89RRocQ

The afore-mentioned campaign ideas clearly show how brands are using this technology to engage consumers – be it a virtual walkthrough (Union Square), gaming experience through Sony’s VR GearDXB, or DIOR using VR for a backstage view. There are now a lot of innovative ideas through which brands are trying to engage their consumers for maximum recall value

Recently Facebook introduced an Augmented Reality Social Experience through which one can connect with their friends via VR Oculus Rift and interact with them through a virtual world. The idea itself is fascinating in how you can sit in a virtual room, watch movies, play games and interact with friends who not physically present (and could be sitting on the other side of the world).
Furthermore, the gaming industry has taken a step ahead and is now creating games played via VR Gear giving as realistic a feel as possible. HTC, PlayStation and even Oculus are developing games for consumers. We can talk a lot about gaming and VR itself but let’s focus on the business side of using this technology. As it stands currently, brands are trying to connect Augmented / Virtual Reality to the following areas for maximum engagement:

The scope of hardware used is not just limited to VR Gear but also includes mobile devices, innovative screen-based solutions, and your gaming consoles are entering the market too. 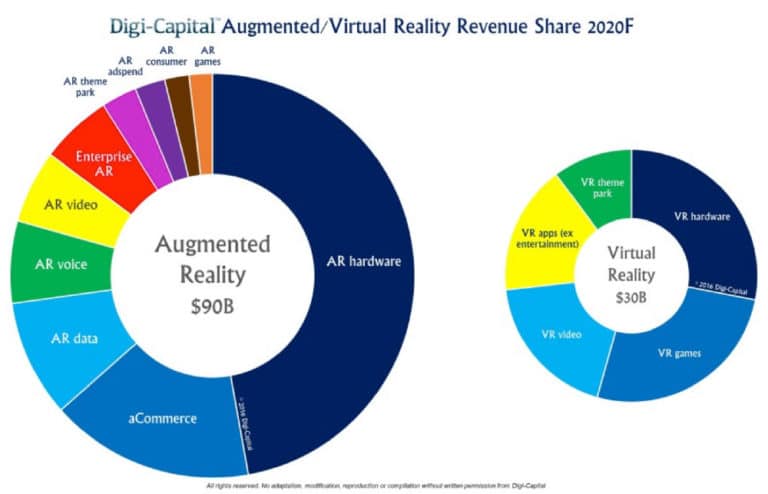 Again, quoting the “Digi-Capital” forecasting, we are expecting a lot of campaigns focusing on augmented and virtual reality as consumers look for brands to come up with innovative methods so that they can not only engage but also be part of the overall brand experience – and purchase their product.

Major players like Facebook, HTC/Valve, and Sony will not just push to improve their hardware but will also work to make the overall virtual experience better. This will also open opportunities for dozens of start-ups to initiate more engaging and cost-effective solutions to mobile and VR.